You are here: Home1 / Fundraising

How much have we raised so far 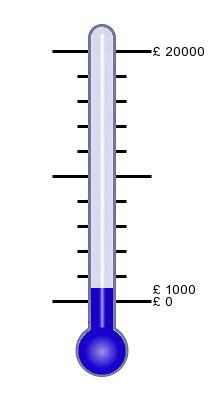 The Island Project Fundraising: Reach out or Fade out. £20,000 Funding Appeal

A recent change in payment processes from some of our placing schools (Big “thank you” to the schools who pay on time!) has led to The Island Project facing financial hardship, causing major cash flow problems. The knock-on effect has ultimately meant the release of two support staff.  Not because business is bad, the project is full with a waiting list of students but because staff salaries cannot be guaranteed or paid in full, on time.  All due to none-payment of invoices, extremely late payments and unfair legislation that does not care if you are a tiny company or a huge enterprise.  If all our outstanding invoices were paid today, The Island Project would not be in this situation, but the reality is placing authorities and some independent schools are failing to pay on time and in some instances are 3-4 months overdue!!  For the first time in our 10 year history, the project finds itself with the only option but to end placements after reminding, shouting, begging and screaming for invoices to be paid!

How is this affecting the project?

The Island Project was started primarily to provide pastoral support for young people within Derby and Nottingham, however, the project has had referrals from much further afield. As it stands today the project is full! But without prompt payment, the project is unable to pay staff on time which is frustrating, demoralising and unfair. The project is not asking for anything other than regular payments to ensure they have the firepower to deal with all our financial dealings.

Unlike many other alternative education providers, The Island Project has a smallholding, which carries many other additional costings. Vet bills, animal welfare supplements, animal vitamin boosters, farriers, upkeep of animal accommodation, feed, cleaning equipment and PPE are a shortlist of some of the outgoings the project must fund on a monthly basis. Budgeting is virtually impossible when invoices are not being paid according to agreed terms (10-day payment ). The project and managed so far due to the loyalty its staff going above and beyond, fundraising efforts and through sheer perseverance. The Island Project prides itself on the fact that the animals at the project are extremely well cared for, they have everything they need and more.

“This message is important because young people see how much the project cares for its animals and slowly soak in this message of care, empathy and love towards animals and begin applying it to others in their life as well as to themselves.

So what is the plan?

After an emotional meeting between management at the project, it was explained that predictions show that should the current climate of none payments continue, the service looks likely to be unable to sustain itself by August 2020.

Within this meeting, staff spoke about several other alternative providers in Derby that have also closed down in 2019, not only because of missed payments but because of the endless amount of legislation requirements, most now needing additional finances to accommodate the unrealistic expectation of none academic pastoral services.

Our team of 9 dedicated staff, managing some of the region’s most complex young people are expected to run and function like a fully established school with a team of admins, committee and headteachers instead of the personalised, discrete and valuable service it really is.

“It was at this point The Island Project decided it was time to reach out or fade out.”

It costs £20,000 to run and maintain the animal welfare side of the business for a 12 month period, that’s roughly £1650 a month on animal feed, supplements, vet bills, maintaining accommodation, mucking out equipment and replacements of broken items. When considering the project has 2 Donkeys, a Llama, 2 Pigs, 5 Chickens, 3 Sheep, a Dog, 2 Cats, 5 Ducks, 5 Rabbits, a Guinea Pig, a Ferret and 3 Goats that’s less than £55 per month per animal.

An injection of £20,000, in short, will provide us with a buffer that can be used to cover costs in emergencies. It will allow us to confidently forecast for 2020/21 as well as better adjust to cash flow frustrations and late payments from placing authorities.

Community is everything. If the people of Derby and Nottingham see the value of the service The Island Project offers and wants the project to survive this unfortunate situation that has been forced upon it, then please act by supporting, donating, sharing and getting involved.

Throughout 2020 The Island Project will be hosting fundraising events of all shapes and sizes to help raise the money this quality service truly deserves. The project will need every single person to help to achieve its goal! Please keep an eye out for these events on The Island Project’s Facebook page (Link).

If you are inspired to help out in person, then thank you! Alison will be running monthly meetups for those who would like to band together to discuss and plot ways to help the Island Project. This could involve bag packing, BBQ’s, online events or Pub Quizzes. This is an excellent way to get involved if you are from the local community and have contacts which will benefit our cause.

For those who can support us via donations The Island Project now has a shop front (link). Here you will see a further breakdown of costings in regards to animal welfare and allows the community to specifically choose what they would like their money to help towards. Payments are made securely via PayPal or Credit or Debit Card. This type of support is essential to the project’s goals of making £20,000. The Island Project has in 2019 received both Gold Award certification for excellent alternative provision from both Derby City and Derbyshire placing authorities. This essentially evidences that the project is excelling in all areas of safeguarding, policy, behaviour management and outcomes for young people. This is something that is celebrated at the project, being a preferred provider in the region has taken blood, sweat and many tears.

It is unfair that The Island Project sees itself in this financial struggle through no fault of our own, especially when some areas of England according to the House of Commons Education Committee document ‘Forgotten children: alternative provision and the scandal of ever-increasing exclusions 2017-19’ shows that a large number of young people across 11 local authorities miss out on quality alternative provision in England, meaning these young people may miss out on life-changing intervention.

Another important issue that this document appreciates is the comparisons made between young people in Alternative Provision, against those who attend regular mainstream schooling. Quote, “Comparisons are made to pupils in mainstream schools, but this can be an unfair comparison that doesn’t fully appreciate the achievements that pupils in AP make”.

Although our project has achieved Gold Award certification, it has also been stretched to breaking point at times with increased demands that are expensive and overwhelming for small businesses. Our priority for our young people is foremost pastoral and personal improvements and not necessarily academic achievement.  Alternative Provision should not be competing with mainstream accreditations, the vocational Diploma’s The Island offer are “hands-on” and achievable for our young people.

That being said, in 2018-2019 the project has achieved it’s personal best in terms of outcomes and amount of Diplomas completed; with every single young person who was eligible achieving a qualification.  An AimVoc qualification isn’t a GCSE, but it allows youth workers to tutor young people through animal care studies in an outdoor and practical manner, which is typically more appealing and achievable compared to classroom work, which not every child can manage!  AimVoc accreditation is a recognised pathway for those young people looking to interview for Level 2 courses in college, especially those who would like to continue with animal-related studies at Broomfield College.

In essence, The Island Project provides a safe environment for the hardest to reach young people within Derby and Nottingham. Some young people have had tough starts in life and have experienced traumatic events leading to difficulties thriving in a mainstream environment. Young people at an Alternative provision may not write essays about Shakespeare, but they will learn TLC – tender loving care, empathy and nurture alongside gang crime & knife prevention, hygiene, toxic relationships, internet safety, money management, bullying, LGBT awareness, drugs and alcohol as well as many other subjects to develop spiritual, moral, social and cultural knowledge.

To conclude, if the 50 young people who are currently referred to the project are not attending; feeding animals or performing basic animal treatment or playing football or board games or making pallet wood planters or being creative in art sessions or reading or becoming qualified in AimVoc or repairing fences or painting sheds or re-laying pathways or growing vegetables in the garden, then where will some of them be? Bored? Depressed? Isolated? Turning to drugs and alcohol? Committing antisocial behaviour or just plain feeling unaccepted and unworthy.

Will the social cost of young people requiring additional support or attention cost more than £20,000’s worth of tax payer’s money should The Island Project close? The project believes the answer is YES. The Island Project is a service that goes beyond what money can buy, it provides love and safe haven for even the most troubled young people. The Island Project staff have a desire to care unconditionally for each and every child who passes through our doors. The project believes that poor behaviour and antisocial actions have no vision within a young person’s future.

Thank you for reading. The Island Project